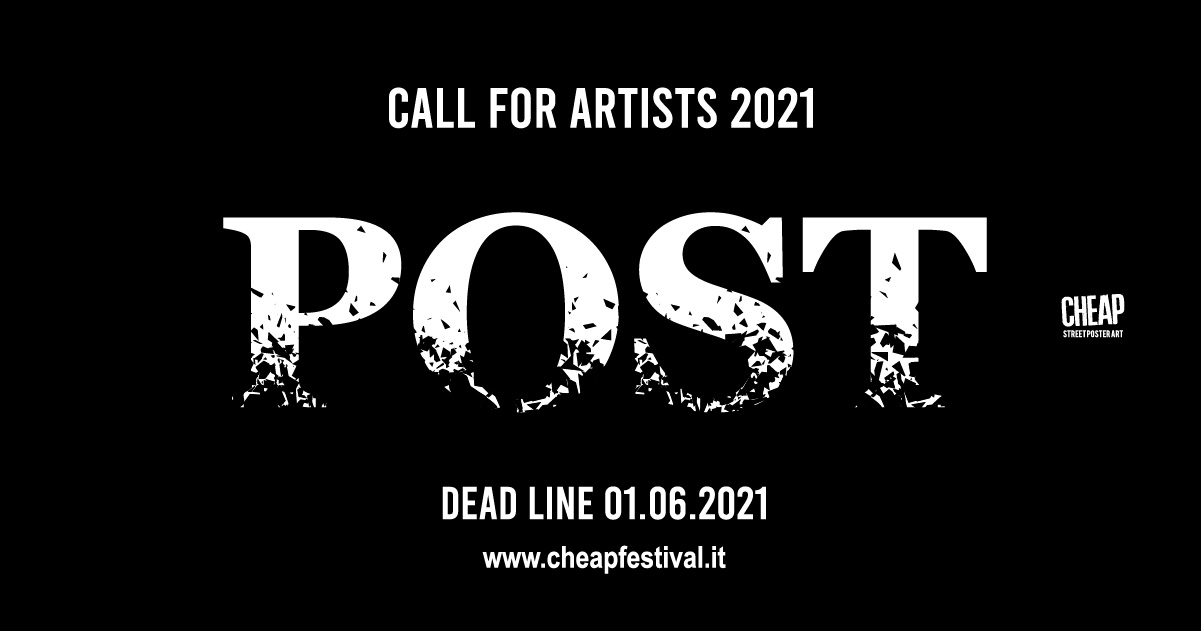 Nothing lasts forever.
Which is fortunate, because it implies the potential for change.
Yesterday, today, tomorrow. Despite the fact that, as many have suggested, we just seem to be living the same day over and over, here.

Nevertheless, existence is dialectical. It changes. Becomes. Discards. And overcomes.
In the exceptionality of pandemic-time, we have all wondered what has been taken from us and what is going to be different, or what opportunities this plague might involve: uncertainty and restlessness are the forces that have driven us toward fantastic futures set in unprecedented post-pandemic landscapes.

Fueled by this impulse, we have chosen POST in its Latin sense as the foundation for CHEAP‘s exploration throughout 2021 and this idea of overcoming will provide the launching pad for our public art projects in the coming months.
And this is how we set out today, starting with this Call for Artists. Our annual invitation, addressed to artists using contemporary visual language, to join us in contaminating public space: with signs and imagery, provocations and projects translated into posters. Beginning with this edition, the format has become bigger and color has joined black and white.

What we are asking of you is an imaginative step toward a possibility, however improbable, brimming with desires as well as fears, full of details and approximations both – in other words, an imaginative step toward the future.
Keeping in mind a before, starting from a point you recognize as now, you are invited to define an after. And the terms of that sequentiality are up to you.

We ask what awaits us beyond capitalism, after the next climate crisis, what happens after we turn 30, after we turn 90, after the downfall of patriarchy, after disease, after empire, after punk, after tomorrow.
We want to know how you imagine the end of democracy and what utopia may follow it, how you represent a community that has moved beyond gender and gender violence, how you envisage the posthuman landscape, the postcoital temperature, the features of a new posterity.

Show us the next symbols of liberation, how you would represent a society that has moved beyond racism. In what aesthetics will we recognize ourselves, what are post-traumatic perspectives, what is the new historical era you want to see take off after we wrest free of this one?

POST. A call for visions – on paper, on the street, in posters.