In 2018 CHEAP is issuing its sixth CALL for ARTISTS, targeting not only street artists but anyone involved in graphic design, photography, illustration and visual art more generally. The pieces applicants send in a digital format will be printed and pasted up on the CHEAP On Board circuit of bulletin boards in downtown Bologna.

For CHEAP, this open call has always represented a key element of its identity: it enables the hybridization of languages, breaks down geographical borders, launches a collective discussion, investigates contemporary issues from the bottom up and seeks to reassemble individual statements into a collective narrative. 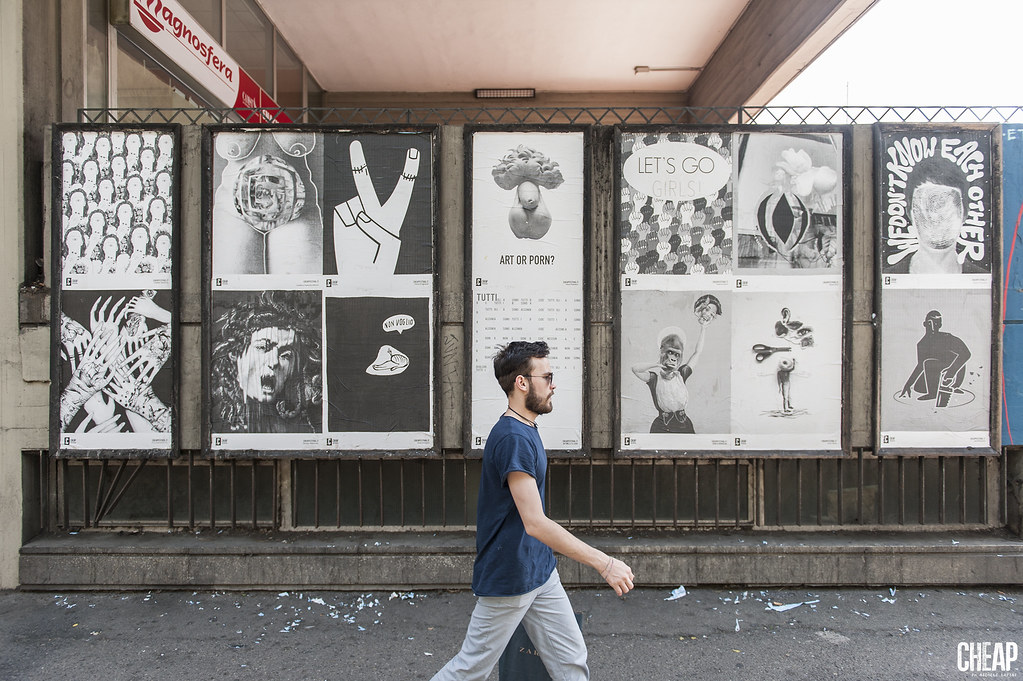 This time, the challenge we pose for you is FRAGMENT/UNIT, part and whole, drop and ocean.

Just like every one of your individual posters is a fragment of the collective narrative that is unity.

But also like our societies, increasingly broken down into individual fragments of social, cultural and economic atomization. Parceled out in a process we experience as a limit with the power to erect borders and ignite conflicts, a limit with the power to position individual subjectivities in opposition and transform them into elements just waiting to collide, poles brimming with negative tension, receptacles of violence, opportunities for nihilism. Individualism, populism, standardization and isolation – these seem to represent the most immediate and obvious responses.

CHEAP challenges you all to overcome this fragmentation and imagine new scenes of re-composition: defragmented, reassembled and reconstituted, granting us access to new complex systems.

Show us what it means to be single in a plural setting, experience yourselves as atoms inside a different kind of matter, make room for the possibility of being different but equal, establish whether the whole really is more than the sum of its parts.

Imagine disrupting your systems, refusing to be linear; imagine emerging as a collectivity, being able to organize yourselves – and embody complexity .

Set off from your own biography to sketch the plot of new collective stories. Think of yourselves as flocks and describe the aesthetics of flight. Cast yourselves as bacteria and experience the virality of the new colony. Show us that you have to be drops if you want to be the ocean.